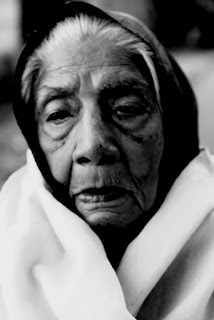 It was a ferocious beast, living alone in the dark jungle. The sun did not have permission to shine everywhere. Day looked like a grim lonely night and nights were very dark and eery. The beast liked it in the jungle, it was his home, he liked staying alone and preying on small animals for food. The ferocious beast never missed a prey and hunted it down in the first go. Little timid animals knew that once the beast had laid its eyes on them, there was no way they would escape alive, they accepted their destiny as meat for the ferocious beast. On one cool dark morning the beast lay on his stomach with his paws stretched out, a beam of sunlight was falling at a bush with orange leaves and pink buds, the bush was glowing in the beam of sunlight when a little humming bird came humming close to the pink bud, the beast was watching from a distance too lazy after a big meal the night before. The little humming bird with its sharp beak kept flapping its wings close to the bud and suddenly the bud opened up blossoming into a round pink-leaved flower, the humming bird stuck its very pointed beak into the pink flower and drank the nectar from it and after a short while the little bird flew away humming its way into disappearance. The beast had watched everything from a distance and was disturbingly surprised about what he saw, he too wanted to look at the pink bud closely now and see it blossom into a flower and suck the nectar of it, it ran towards the orange bush with pink buds and the pink flower. By time it reached the bush panting, the pink flower has closed again to become a bud again, looking at the pink flower becoming a bud again the beast got very angry and ravaged the bush in rage, it used its big heavy paws to destroy the bush and the pink buds, when the bush was uprooted, the beast turned around and started walking, its paws were bleeding and it was in pain, the thorns of the bush were in his paws and it could hardly walk. It lay under a Koofa tree which had a scent of cardamon all around it. The beast was trying to take out each thorn from its paw one by one when 'Maluda' the baboon spoke to him sitting on the Koofa tree branch. " how could you have had nectar from the bud oh mighty beast, you don't have the beak for it, the bush was always there... but you desired it only because you saw the bird pleasuring from it. The beast was in pain.

April 23, 2019
"That is very much a table, an end table..lets put this next to the sofa, I anyways do not like guests placing their mugs on the center table, its invariably stained", Vedika said with an assertive clarity to her seventeen year old daughter, who had bought a piece of furniture from Delhi haat to serve as a dressing table stool in her room.  Vedika and Vanya bought things for the house together, but mother and daughter had contrasting choices and Vedika being a single parent was able to boss her way through most of the times, except when she realized that poor Vanya was like a pet who did not have a choice till the time she was living in her house, she would then give in to Vanya's opinions, suggestions and poor taste of things out of pity.  “Mom! from which angle do you find it to be a table, this will go in my room.. and get table coaster for
3 comments
Read more

August 21, 2019
It had been a windy night and Aslan did not know why was he lying in his bed wrapped up in a fleece blanket, looking at the shadow formed on the ceiling of the room from the light outside, he looked at his watch and realized he had been in bed awake for over an hour. It was past midnight and he was two coﬀee mugs alert. Lying face-up for a long time he could feel a stiﬀening pain in his lower back and cheeks falling oﬀ his face. He held the wart on his posterior with right hand index finger and thumb trying to pull it out from the body. It  gave him a shooting pain which stopped him from pulling it anymore. "It will be a Monday soon, time to go to work again"..he thought, if he doesn't get enough sleep he would be groggy and tired during work hours and.. waking up for work will feel meaningless since good seven hours sleep was essential for a full
Post a Comment
Read more

October 29, 2019
Aslan got down and stepped towards the shop were Jules was already standing and talking to the shopkeeper.“Jules please pick up two bottles and pass me one,” he requested the driver. Jules walked up to him and gave him a bottle. Aslan sat down on a vacant chair and sipped on some water, looking around, while Jules was busy talking to someone it seemed he knew. ‘Bogrenyoa Service', the shop board read. Aslan had his green glasses on and was sipping on his water when he heard noises, thuds, screams, men shouting and screams again. Aslan looked around but could not see anyone screaming, then he noticed Jules, and the person he was talking to, and a few more men who were all looking in the same direction behind ‘Bogrenyoa Service’. There was a loud scream again. This time Aslan was sure it was a child screaming. He got up to go to Jules. Jules was already rushing to the back of the shop. Aslan quickly followed him. When he reached the back of the shop he saw Jules talking to a
3 comments
Read more