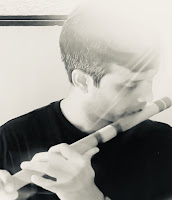 Morning was the most satisfying time of the day. Both loved the orange sun coming into their room from the big window with white curtains. The air that sluggishly wandered into the space was cool and gentle while the sun sprinkled some warmth on the bed. Madhulika would be the first one to get out of the bed while Rashne would stay in bed lying awake listening to the honeyed call of Koel from the mango tree. Rashne made tea just the way Madhulika liked it, each time, and always waited to read her face after her first sip. Both sat on the bed sipping their morning tea in each other's company interspersed with discussions about the things that they shared in their lives.

Times got busier as the morning progressed, Madhulika occupied herself with her accounts book for the bakery she ran at Lokhandwala market complex, while Rashne prepared both lunch boxes and his lecture simultaneously. Simple pleasures and minor challenges kept them engaged. The day would come to a halt when Madhulika would return from her bakery and sit down for dinner with her husband fretting over her inability to fall asleep on her own. The problem had persisted for over two years, Madulika had found it extremely difficult to fall asleep and she had resorted to sleep inducing medicines, until the doctor warned against its adverse effects. " You should try and fall asleep listening to soothing music, it is a very underrated therapy", he said with confidence. That day, Rashne had decided to learn  flute for Madulika.

Every night, he would put her to bed, switch off the lights and sit down at her feet on the floor and play the flute, Madhulika quietly lay in her bed listening to the melodies and would eventually fall asleep to Rashne's music.

This night too Rashne switched off the lights and sat by his wife, tickled her feet " be ready to take the train to Nindiya Nagar  my little sparrow", he smiled at her in the dark and gently put flute on his lips, Madhulika did not respond and lay silently, he was playing the flute with Madhulika in his closed eyes when he noticed sobs..it was Madhulika weeping... lying motionlessly, he got up switched the lights on and rushed by her side, keeping his hand on her forehead he wispered " its all going to be alright, you will have your sleep back, we will start with Ayurveda treatment, Mrs. Tanwar, the botany prof., she was saying that it can really help in our case", he said with love and reassurance.
" Do you love me, she asked as she wept", " yes Magdi, I love you.... I LOVE YOU", Rashne replied with lot of affection.
" Rashne... I dont", she said crying rivers, Rashne kept looking at her in silence. " I was twenty when my father got us married. I did not know what it was like to be in love, until I met Sarosh, we have known each other for a long time, I feel like having a family with him, something I never felt for us", she wept profusely. Rashne held her face with both hands, wiped her tears, kissed her forehead "try and sleep Magdi, nothing means more to me than your happiness", he made her lie down, swtiched the lights off, went and sat at her feet and put the flute on his lips, the music quivered, it was hard for him to cry and play the flute at the same time. That night saw a lot of tears and pain.

Years passed and Rashne was invited to judge an essay competition at St. Mary's Junior School. He read one which got him restless, it was an essay where the boy wrote of his dream, a dream to get his mother's sleep and memory back, a dream for a day when his mother would  recognize him, the mother who had lost her memory due to insomnia. He couldn't breathe, he read the name and called for the boy.

"Hello Rashne, my name is Rashne", both shook hands, " is your mother's name Madhulika?", the little boy nodded, " can I come with you and see her, we are old friends", the boy nodded.

That afternoon they both went back to Rashne's house to meet the mother.

"Hello Sarosh", hows Madhu, can I see her", he held both of Sarosh's hands. Sarosh guided him to the T.V room. " Madhu, what are you watching, I have an old friend visiting from out of town, I invited him for tea" he said looking at Rashne. " Madhu got up and greeted Rashne with a welcoming smile, " how long are you in the city for, please stay and have dinner here", she said with lot of affection for a stranger.
"Thank you I would love to" he replied. It was the most hearty dinner both Sarosh and Rashne had in a long time.
"Sarosh can I please come and play the flute in your garden every night ", Rashne asked at their door.

Every night since that dinner, when the lights were switched off, Rashne poured his heart out on the flute in their garden, hoping his Magdi was on the train to Nindiya Nagar.