Ava Kanungo and her pet mice 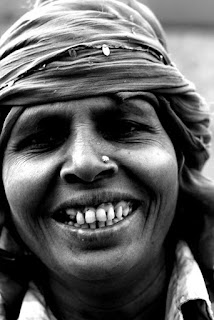 The spaceship looked crowded in-spite of being empty and silent, there were thousands of colorful lit buttons and switches and several types of  digital gauges all around Ava's seat. The entire silent cold cockpit reeked of camphor. Ava sat in awe trying to absorb everything she saw as the spaceship took off with a thunderous roar. She got anxious and excited for the times that were to arrive. The journey was long and she spent most time sitting and observing the cockpit in detail, feeding her pet mice and sleeping. Almost eighteen hours had passed by her earthly watch when the robotic voice announced arrival at Gliese 581c. Ava felt a strange relief when she was able to figure out that her spaceship was making a slow landing at the exoplanet. The space ship landed with a sudden jerk and in few minutes Ava was standing at the stairway of the space craft with her backpack and her mouse habitat with the mice as ecstatic as her, looking at the lilac color sky.

"Welcome to Gliese 581c Ava Kanungo and thank you for accepting our request to be our Jeevdayak feeder till we find a solution for the problem". Gliesa catus 128 said while extending his hand with two fingers and a thumb for a handshake.

Gliese 581c species were dependent on 'myegocegen' gas to respire which was being artificially produced at Jeevdayak chambers for the entire planet, this required feeding the chamber with naphthalene balls of precisely nine grams every twenty minutes through five tiny holes in the chamber for nine hours, the holes had become smaller with time and Gliese species were able to feed the chambers with much difficulty given their very large sized hands with two fat fingers and a fatter thumb only at the end of each arm, the species found it extremely difficult to drop the naphthalene balls in the chamber with their natural physiology.


Ava had been summoned by the Gliese 581c council to help them feed the chambers with her small giving hands which were perfect for the job and Ava Kanungo had obliged. Ava was stationed in big dorm near the chambers, she would leave early for work and returned late after finishing her job and having gone for a long walk.

Occasionally, she would cross paths with Gliesa Catus 122, he had been responsible for feeding the chambers before the drop holes became too small for his hands and he was assigned another task. That day too they bumped into each other and exchanged pleasantries. " How is it going Ava, I hope you are not getting tired sitting there for nine hours dropping naphthalene balls" Gliesa Catus 122 said with a smirk. " What a pity that you had to come all the way from your planet to be a feeder when you could be doing something extra-ordinary there", he added with a smile. "I am doing the best I can, it does get tiring for the body but I am not my body", replied Ava with a big smile.

Days went by and Ava Kanungo went about her job feeding naphthalene into Jeevdayak chambers alone all by herself and every day after her work got over she went for a long walk, thinking how could she make things better for the species of Gliese 581c during her stint at the exoplanet.
Ava after much pondering realized what she needed to do. After her work hours that day she went to council office and got two big blocks of naphthalene, a small weighing scale, and lot of sandpaper.

From next day onward after work hours she would rush to her dorm and break a few pieces of naphthalene, get her sand paper out, open her mouse habitat and let her two pet mice Abhyaas and Prayaas out to play, while she tried grating the naphthalene to give it a shape. Every night she would sit diligently with her two pet mice running and squeaking around her, trying to grate a piece of naphthalene in a specific shape and she would fail each time. She would then go to bed, get up in the morning, go to the feeder, come back to the dorm, let Abhyaas and Prayaas out of the habitat and sit down trying to grate a piece of naphthalene in a certain shape. Sometimes the piece would break sometimes the shape would not turn out the way she wanted. Ava kept doing this day after day, both mice had stopped living in the habitat now and would roam around freely in the dorm while Ava kept trying to come up with a perfect shape that she had imagined. Until one day it happened she was able to grate a perfect dumbbell shaped naphthalene, she was ecstatic. She ran and got the weighing machine and weighed the pellet, it was eight grams, a gram short of what was needed in the feeder. Her smile faded followed by a sigh.
She was staring into blank space when she heard the squeaks of her pets Abhyaas and Pryaas near her feet, she looked down, they were looking at her, she picked them up and said "I will make nine gram pellets". That night she did not sleep and kept grating a lot of pieces  and kept weighing them. And finally it happened, she was  grating nine grams dumbbell shaped naphthalene pellets one after another.

In the morning she rushed to the feeder and used all the ten dumbbell shaped naphthalene pellets, the feeder kept running smoothly.After three days of testing she invited the council members and Gliesa Catus 122 to the feeder. They all gathered around her, she stood in front of the small feeder hole and addressed all of them "Esteemed council members, I have developed these dumbbell shaped pellets that any one of you can feed into the holes", and handed each council member a pellet. " Please hold the pellet between your two fingers and push it into the feeder with your thumb. The council was speechless as she passed the nine grams pellet grating manual to Gliesa Catus 122.

Later she walked up to Gliesa Catus 122 held his hand in her palms, looked at him  and said "do you realize the extra-ordinary means even more ordinary, and I shall keep doing ordinary work, because ordinary work lets me be full-fledged Ava Kanungo and that is all that matters". She handed her pet mice Abhyaas and Prayaas to him " please let them give you company", she said, and gave him a  big good-bye smile.

It was very early Monday morning when the spaceship landed in Kalinganagar, Ava Kanungo headed straight to the steel plant where she worked to give her best at work as usual.