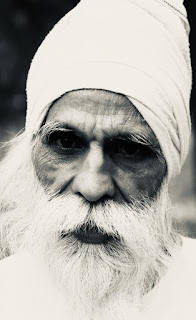 Surti Patti woke up to a radiant sun and twinkling stars in the silent flowing waters of Kosi. The river seemed like a big piece of silver lenin with fishermen boats like cloves interspersed on it. Billet Burwa had a wooden canoe to fish in the river. He would spend his early morning hours fishing and then rest of the day went selling his catch of Garra Gotyla and Rohita, which he was known for all over the town. He was the scrawniest creature ever seen in the town peddling a bicycle without any help. Stories had it that he was the oldest man alive in the town and always been old. No grandfather in Surti Patti could say it with conviction that he had seen Billet Burwa with black hair or knew how old he was. His love story was a folklore, it was known that during British Raj Billet Burwa fell in love with an English woman but could never tell her and when British officers were leaving the town after independence, he followed memsaab's car all the way to Patna to see her off. When people questioned him how did he manage to go to Patna, he would say " my cycle is like a billet from a gun".

Billet Burwa was really old now, carrying his bones on his cycle, delivering fish every afternoon to a chosen few.
As usual by an unvarying practice he always stopped at Kannu Singh's house first to deliver two kilograms of Rohita


"I will go to Delhi to study and I do not care what you think of the city", Kannu's daughter opened the door to Billet, screaming back at her elder sister and father.
"Jhumki you must go to Delhi", Billet said "and do what you want to but don't let that sound go out of pitch", he added. "What do you mean Billet baba" she asked taking the bag of fish in her hands from Burwa. " All of us have waves around us, like calm and constant waves in a serene lake that make very low but constant sound, and this sound is like z.z.z.z.z.z.z.z.z.z.z.z, and when have this constant sound staying with us we are calm and always in sync with the ultimate source of all sound, which makes us do everything in a rhythm which helps us make better choices, and the times when we agitate ourselves, our sound looses its pattern and becomes Zz..ZzZZ..ZZzz.Z.z.....Z, it becomes incoherent and thus does not sync with the universal sound, and so the choices that we make in that state are not the best ones". Jhumki was all of seventeen and infuriated... she kept looking Billet Burwa not sure what he was saying, " Billet baba your catch is always fresh, and I hate science", she closed the door on Burwa's face. Billet hobbled to his cycle, launched himself with much effort and cycled to deliver fish to his other customers.

Billet knocked at Tulsa's door, she bought fish from Burwa every alternate day and he knew her kids loved fish curry. He was always looking forward to a quick cup of tea at Tulsa's, she was considerate enough to offer him a glass of water followed by tea and the only time Burwa had tea was when he was offered a cup by Tulsa. " You are again late today baba, Ammu and Arpita will be back from school very soon", she said with concern. "I know bachhi, I am not able cycle as fast as I would want to anymore, those days are gone", he said with a faint smile. "Yes we know your cycling like a billet story", she retorted. "Baba we all know but never had the courage to ask you and confirm", Tulsa said handing the tea cup to Burwa. "You can ask now", Burwa said sipping and looking into the tea cup at the same time. "Is it true that you went to see memsaab all the way to Patna on your cycle, just to say good bye to her?" she asked hesitantly. "Were you sad that she left"? she inquired again. Billet Burwa kept the cup down to chuckle freely. " No I did not, but I did elope with a girl once on my cycle and almost cycled the entire night, until she came to a realization and wanted to go back to her parents, I was sad but while cycling her back to the village in the dark I understood a thing about myself... that I don't have to be with her to love her". Tulsa kept looking at him without saying a word, she picked up the cup and the fish and left for the kitchen. Burwa was on his cycle again with his fish.

It was late afternoon by the time Billet Burwa made it to 'Magan Hotel' for his final delivery of the day. Magan da was his biggest customer and bought fish from him every afternoon. Burwa handed over the fish to Kan-Kan and went and sat next to Magan da's cash counter. " Aye Kan-Kanwa! get me litti choka", Burwa asked the errand boy.
After serving Burwa his food, Kan-Kan went behind Burwa, and started looking carefully at his nape, trying to find something. Magan da noticed it and called him to his counter, while Burwa ate oblivious of what was happening around him.
"Kan-Kan what mischief are you up-to, let him eat peacefully", Magan da asked Kan-Kan. Kan-Kan said nothing smiling back in response. "Kan-Kan tell me what do you find so interesting on Burwa's neck", Magan da asked again smiling at Kan-Kan.

"Maggu da one day out of curiosity I asked Burwa how many fish did he catch in the past month, he said nine in reply, so I asked him how was that possible, when he delivers at least twelve of those to us everyday" informed Kan-Kan

" Then what did he say", asked Magan da.

Kan-Kan took both his hands, interlocked his fingers and placing them behind his neck he said " Burwa said... what he had with him at that moment was the only thing that was of importance and relevance, that he only had nine fish with him that time, that was all he cared about. He said that every weekend he collects all his memories of the past week good and bad puts them into the big black mole at the back of his neck, and thus he is not able to see them anymore.....I was trying to locate that mole at the back of his neck".

Magan da took out the only cigarette from his shirt pocket, lit it up and took long drags, nodded his head looking at the traffic on the road. Kan-Kan went back to the Kitchen, Burwa yelled for another plate of litti chokha.