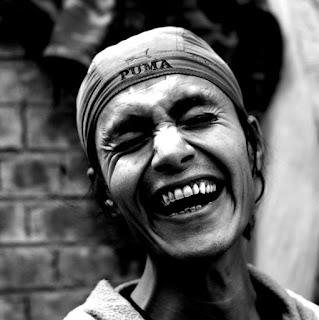 It had been a windy night and Aslan did not know why was he lying in his bed wrapped up in a fleece blanket, looking at the shadow formed on the ceiling of the room from the light outside, he looked at his watch and realized he had been in bed awake for over an hour. It was past midnight and he was two coﬀee mugs alert. Lying face-up for a long time he could feel a stiﬀening pain in his lower back and cheeks falling oﬀ his face. He held the wart on his posterior with right hand index finger and thumb trying to pull it out from the body. It gave him a shooting pain which stopped him from pulling it anymore. "It will be a Monday soon, time to go to work again"..he thought, if he doesn't get enough sleep he would be groggy and tired during work hours and.. waking up for work will feel meaningless since good seven hours sleep was essential for a full grown working professional who needs to work in oﬃce in front of the computer screen for nine hours a day ..and drive a few more from home to work and work to home! The following second his room lit up with a car's head light piercing through the window.
"Had a long day Mr. Ray? I am having a long night", he murmured to himself.
Mr. Ray his neighbor had a hardware store at the other end of the town and his car usually roared for one final time between ten to half past ten before it was parked for rest of the night, but he returned very late tonight. It must be very fulfilling for Mr. Ray, he hoped,.. to come back from work at night after doing rewarding business during the day, having a hearty meal with his family, watching some t.v,and then tiring himself to sleep cosily in a comforter snuggling with Mrs.Ray. Staring at the still lit up curtain of his window he realized that the idea of sleeping next to someone you love, someone you can hold and sleep or be held, kissed or spooned to sleep with could surely help forget a day at work, like how beer had worked for him on few days, helping him to not think of anything but the next cold chug at the table.
He turned his face to the left side of the bed and noticed the book next to the pillow. He had been wanting to read the book for over a week now but every time he picked it up he couldn't read beyond a few paragraphs.

He picked it up again and decided to get up and switch on the light to read, determined to finish a few more pages.


Holding the book in his left hand with a straight fully extended hand over his face, he held his hair with the other hand and dropped the book again after reading a paragraph, the book landed on the spine. Staring at the spine of the book he wondered why a book was feminine, to him a book was always like a woman, he could never imagine a book in masculine gender.As he lay with his forearm unmoved, he heard faint voices of a woman crying and a child howling, the woman spoke in a teary voice as she wept, to him it sounded like the woman was pleading. He pushed his blanket with his legs, got up and frog-leaped with his hands towards the edge of the bed to stand up and reach the window. At the window he could still hear the woman saying something but the child was not howling now and she was not weeping anymore. Aslan tried to concentrate to trace the origin of the voice. …he was sure that it was from Mr.Rays’s house, “but they don't have a child,” he thought to himself.,but he was sure it was the Ray family. Before he knew what else to conjure,all the noises stopped but and he kept standing there in hope to hear some voice again to validate his certitude about Mrs Ray's crying but there no noise thereafter.
He crouched back to his pillow on the bed and sunk his face in the pillow thinking “God damn why my sweet sleep evades me and why do I have to know who is crying in the other house?” He flipped on his back and then turned sideways he then pulled a pillow between his legs, his legs felt rested.


“Ajuu Ko mammo..…mo..…mouning…good mouning” he mimicked a cute little boy whose video he had seen where this cutie is trying to learn to wish good morning to his playschool teacher instead he ends up wishing himself good morning. He smiled to the image of the child thinking what if this world only had toddlers? After all, naive ignorance was an human trait which always led to contentment. What changes in growing years, he thought.
His eyes were heavy and tired now. Closing his eyes to the world in his room he picked up a pillow and kept it on his face, it felt better on the tired eyes. Hours later he woke up to the sunshine on his face. He felt rested and knew he had slept well, only too long for the noises outside his windows, it was three quarters past eight,he knew he had to hurry up and take his skill set to his work-desk even though he could have done some more lazing around in nothingness.
The bathroom routine was a rush affair, he thought of taking a taxi and be a part of his Sixty Five percent theory, according to his theory sixty-five percent of people on the road with their cars between 9:15 am to 10 am were rushing to make it to work because they started late from home, most of them were mid-level managers who could make it up to their bosses by putting in smart work with help and toil of junior executives who have mostly made it to work on time traveling by public transport or city metro service.


He wore his favorite combination of beige pants and sky blue shirt for the fifth time that week.
"Aslan I thought you have taken the day off?”. His visiting mother asked.  “Ya I got up late, just couldn't sleep last night”, Aslan replied. His mother got a bowl of aloo subzi from the kitchen, kept it on the only table with one plastic chair in the hall. "I too couldn't sleep last-night, had to turn on the television..these people make such gory and dreadful films these days,don’t know what language was it, but I think it was about a man who was possessed by an evil spirit and goes on to kill his own wife in front of their little child. …I was so scared, couldn't watch the rest of the film and switched off the television”.
"Maaa! I was looking out the window last night because of your t.v!  Aslan said with a smile, and left for work.