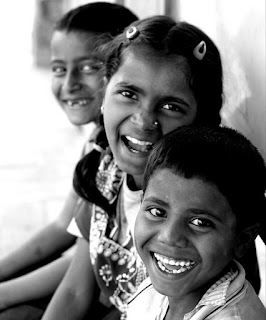 “The management has given a go-ahead after considering the report that was sent out from our office,” Nadira spoke out to Aslan walking in his direction while he sat with a cup of his morning coffee. Nadira had been with PIDCO-Works for over ten years, she was short accommodating colleague with the most honest smile, and well informed about happenings within the company. “You had a role to play in this Mister,” she said with a mocking smile as she rested her elbows on Aslan’s cubical wall with her chin in-between her hands.“Your recommendations on the soil mechanics study have been considered and you are on your way towards becoming important to the company Mister Khayyam!, I know this will totally work against your… 'stay and look disengaged' scheme of things," she chuckled without moving her chin from her hands. “Damn! my years of hard work has gone futile, they made me do some good work irrespective of my intent, I am exposed!” Aslan retorted with a complimentary grin.

Aslan had always felt good about Nadira and liked interacting with her in a goofy way whenever there was an opportunity. He was amused with the news that his suggestions were considered implementable by a group of people half of whom he hadn’t met in person but were at the helm of affairs, able to take crucial decisions on behalf of a big organization with so much conviction and commitment, he always wondered how was it for such people to make the company’s well being their objective and constantly give ten to twelve hours to the company’s top and bottom lines, a company which they did not own. “I too have put sincere hours of work every day of the working week,” he thought to himself and wandered off thinking he was fifty years old with a family of his own, life had solaced him and the train of indecision had left for good, he had been seasoned, a planted professional, focusing on two things only, good office work and a family to take care of at home, his day hours were occupied with the demands of work and family only, nothing more was left to do or think for oneself, these thought gave him a sense of peace with no hope...he picked up his bottle to sip some water.
... The demands Aslan made of himself were excruciating, he did not know how to get rid of dissatisfaction because he did not know why he was not convinced of what he was capable of. The Ivory Coast project news had given Aslan a sense of accomplishment but he was also sure that it would fade away and again he would be rummaging for contentment in those big tanks of empty hours in the night.
But that evening he left PICDO Centre gratified.

Aslan almost stepped into the ristorante for his usual beer but instead he decided to take his mother out for dinner and walked back to the metro station. He sensed the metro arriving at the platform with a sound of rushing air and scads of people pacing down the stairway to take their positions even before the carriages came to a halt. He joined the heard again...

...It had been a few days since his mother left for Pune. Every time Aslan opened the cupboard he saw most neatly stacked clothes, washed and ironed in a kempt closet. His mother had cleaned the entire apartment, changed the bed sheet and replenished the kitchen with all the necessities. The trousers and jeans were hung on the hangers. His staple blue work shirts were stacked on the left corner. Every time he looked at his neat and orderly apartment it reminded him of his mother and he lamented with all the ineffable feelings he experienced for her, she was the only person he couldn't catch in a lie. Aslan had experienced this phenomena during his college days, when he had noticed his favorite white Superstars kept in a corner with unloosened laces. He knew Zube had worn his shoes because he had been eyeing them ever-since Aslan had bought those.
“Zubee!!! Why did you wear my shoes!” Aslan screamed from his room.“ I did not bhai,” Zube had replied in the most virginal tone with bambie eyes.” Aslan's left index finger was itiching in the middle as he pounced at Zube and shouted for their mother. For the next few years his younger brother had helped him hone is uncanny intuition for lie detection. Sometimes it was his favorite chambray shirt that reeked of Zube's deodorant, his watch which was found lying at a diffrent spot from where Aslan had kept it. Even the underpants were not spared, and every time this happened and Zube denied, Aslan's left index finger itched to corroborate his intuition which lead to Zube being chased around the house for a beating.
His index finger itched when he had asked for change in needy situations from the shopkeeper and was denied, it itched when the fruit seller said his fruits were delivered the same morning, when the house help said she couldn't come to work because her daughter had fallen sick. His ability to know what was not true did not bring any significant difference in his daily life. Every time his finger itched he chose to give in to what was being stated without feeling the urge to challenge the disinformation...eudaimonia had him treading along.

October 29, 2019
Aslan got down and stepped towards the shop were Jules was already standing and talking to the shopkeeper.“Jules please pick up two bottles and pass me one,” he requested the driver. Jules walked up to him and gave him a bottle. Aslan sat down on a vacant chair and sipped on some water, looking around, while Jules was busy talking to someone it seemed he knew. ‘Bogrenyoa Service', the shop board read. Aslan had his green glasses on and was sipping on his water when he heard noises, thuds, screams, men shouting and screams again. Aslan looked around but could not see anyone screaming, then he noticed Jules, and the person he was talking to, and a few more men who were all looking in the same direction behind ‘Bogrenyoa Service’. There was a loud scream again. This time Aslan was sure it was a child screaming. He got up to go to Jules. Jules was already rushing to the back of the shop. Aslan quickly followed him. When he reached the back of the shop he saw Jules talking to a
4 comments
Read more