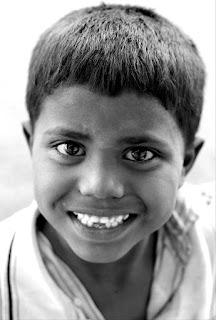 “Hey! good morning Aslan,” Nadira called out, Aslan looked over his shoulder and returned the good morning wish with a big smile almost squatting to take out biscuits from the office snack cabinet, he had always liked having a sugar sprinkled biscuit with his black coffee, like a morning ritual. He opened the biscuit jar, pulled one out and walked back to his desk to pick up his cup of coffee.“You are in early today,” he said smiling again at Nadira. She was settled on her chair with her hand inside her bag, searching for something. He found her looking prettier than usual, and kept looking at her waiting for her to reply, knowing she was fixated on getting something out from her bag and wouldn't reply until she is able to pull it out.“I will leave early today. Don't want to leave before completing a few things,” she replied while pulling out the USB phone charger from her hand bag. Aslan had shared a gregarious equation with Nadira and always enjoyed those small talks with her, her self-deprecating jokes also kept him interested in their conversations. But today she seemed disinterested and preoccupied.

Unlike most people Aslan knew.., he could tell when Nadira was not pleased, unwontedly and evidently her face gave away the slightest discomfort she was experiencing. “I wonder why was I the only one to take an exception for working Saturdays? Am I the only one who doesn't want to be coming to office on Saturdays?”. She spoke to Aslan with a grimace. He felt the questions were directed at him. Aslan like his other colleagues Rishi, Dubey, and Subrota Singh had taken in the news of Saturday working at the team meeting with acknowledging nods except for Nadira who had braved the distaste in the suggestion. Feeling uneasy being questioned in an indirect manner by Nadira Aslan kept quiet perking his lips at the computer screen, he knew he would be better off working in the office on a Saturday instead of reading the glossy newspaper, washing clothes to tire himself to sleep before lunch and then having nothing to do home alone.

"Alternate Saturdays would have been a good option" he replied very gently to Nadira. “That would have been a generous game-changer,” she replied in an uninterested tone, focusing on the laptop screen.
Rishi and Subrota had been eavesdropping on the conversation and gave Aslan the 'do not fire up the woman early morning’ look.

The slightest discomfort at work made Aslan detached from his surrounding and he found himself to be more adept and concentrated at work. He knew the day would be like Hamlet without the prince of Denmark with Nadira not being in her best mood. He went back to his cubicle with red and blue partition walls and started reading test result in the email that had come from the research department. He read and re-read and read it again and then kept gazing at the screen without any intent. In the background he could hear Rishi rebuking Shaamak for his lethargy. " If only I hadn't gotten good marks in chemistry and geography,” he thought to himself.. none of the things in his surrounding made sense to him, he felt aloof and discomforted. It had been over an hour since he had been sitting on his chair going through emails, half of them being of no relevance to him but out of silent revengeful rage he read all the emails until the mailbox was no more in bold unread font anywhere on the screen. “This is my job, I don’t detest it! I studied all my life to be here doing this,” he said to the computer screen and kept looking at the distinct screen scratching his left index finger. The day got over with pensive clouds over him throughout.

Soon it was another day at PIDCO-Works ninth floor. “Did you buy this from the online J. Crew sale? “ It makes you look noticeable,” said Nadira. “Yup, delivered yesterday, wearing it right out of the box, I am sure you can tell,” replied Aslan with a confessing smile. “Actually...a new shirt makes anyone looks noticeable, not necessarily good, my husband got the same shirt and he looks good” and Nadira laughed with her first banter assault of the day for Aslan. Aslan knew his working day will be more social because Nadira seemed to be in a good mood and he would have someone to be witty and silly with.

“The Group head wants me to travel to Ivory Coast for preliminary study at the greenfield,” Nadira informed.
“That’s news,” he replied.
“I am not sure if I want to go", Nadira said with a straight face.
“Why?…you have been the front runner in this project since the beginning, you are expected to be the part of this expedition.”
“I know that Aslan, why are you trying to convince me?” she said.
“Why would I convince you for anything Nadira,, I just said the obvious., I am as interested in you packing or not packing your bags for Ivory Coast as my mother is in watching a Timothy Dalton James Bond movie,” he said in an irky tone.
Nadira sensed Aslaan’s distaste in the conversation and asked Shaamak to get coffee for both of them and looked back at Aslan who was now looking at his computer screen again with no interest whatsoever.

“I am not packing my bags that is sure and James bond is passse". Nadira had to reply.
“ No..…is not,” Aslan replied with a raised eye brow.

“I can’t be in Ivory Coast for two months Aslan,” she shouted, reiterating the whole conversation.
“Nadira I get it!, and I got it the first time you told me. And you don’t need my approval for not going. Is there anything more engaging you have to say?” Aslan said softly with a sigh.

“Whaaa! Are you serious!” Aslan stood up and shook her hand with both his hands wearing a hearty grin.
“I want you to go instead, you’ve been invested in this project as much as me… almost,” said Nadira.
“No Nadira, I will not.,your wanting does not help."
“Please Aslan,” Nadira requested with a serious face.

“Nadira I can’t go.…I have plans to be in Delhi..., I have already planned my vacation,” Aslan was scratching his left index finger as he spoke.

“There is no one else who can contribute…everything will be stalled., I am requesting you and management will instruct you too,” she said with a faint smile of camaraderie.
“Nadira did I not make myself clear when I said I have planned my vacation... and you did not consult me before getting pregnant.”
“Aslan, please there is no need to be mean and for all you know you might find yourself a girlfriend there in the jungle because city doesn't have enough girls for your liking,” Nadira said while walking away from her desk.